As promised per my IG story (@hezbutler_realtor) I wanted to share a condensed version of CVRMLS’ Quarter 1 Analysis of the Central Virginia Area Housing Market.  You can certainly check out the whole report here, but it is several pages longer than my version below.

Let’s start with national and Virginia economy and how it fared in 2019’s Q1.  After a rough end of the year, the stock market has nearly recovered. The growth has been slow and steady, but there has been growth.  The key is to not overreact in either direction, in an effort support this health.

Okay, let’s talk about what we are all here for, the housing market. 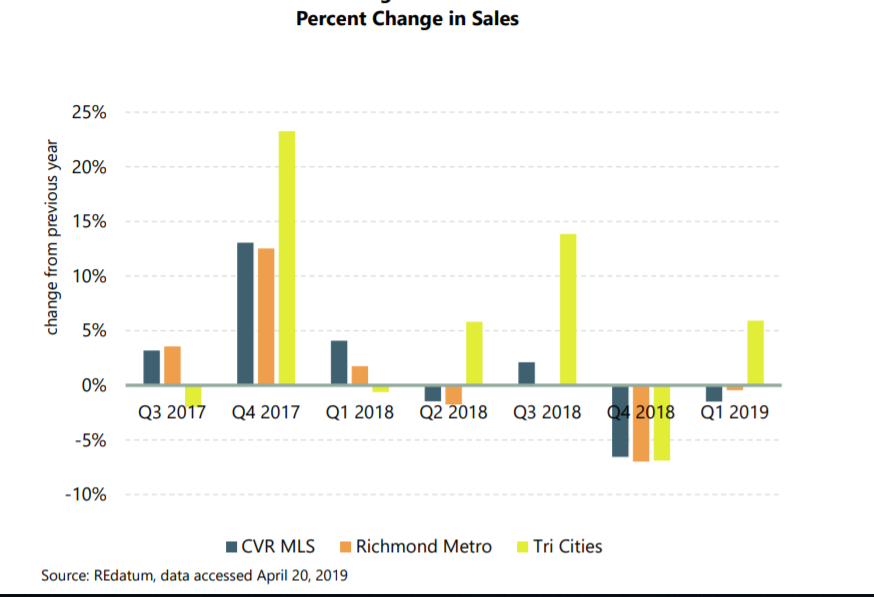 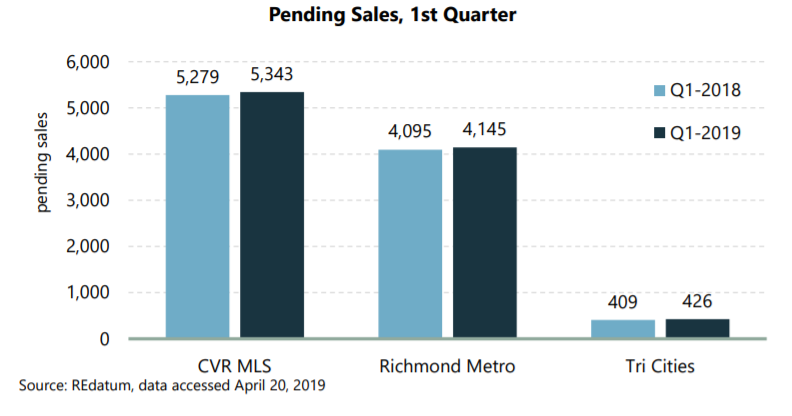 Lots and lots of numbers and data here and cool charts to boot!  But what does it mean for home buying and home selling?

With rates low and it not looking like there will be any increase in the near future, buyers still have a great opportunity to buy.  With that said, the market certainly favors sellers inventory remains low and prices continue to climb. Couple this, with an economy that continues to show moderate growth and indicates strength, this could be a really good time for you to buy or sell in the Central VA market.

What about certain areas within the region?

Well it would certainly appear that the City of Richmond continues to reflect the great time to live in RVA.  Revitalization in many neighborhoods continues as see by all the positive numbers. Folks are staying OR MOVING BACK to the city as the culture of RVA continues to thrive.

In the Tri-Cities, you might be seeing some parallels in the City of Hopewell as they are making major efforts to revitalize much of the city as seen through retail and dining development.  An interesting note to keep an eye on with Hopewell is their move to year-round school, and how that will impact that jurisdiction.

With this said, the right time to buy or sell, is also very personalized based on your circumstances.  Having this information and a Realtor in your corner during that time, is very valuable and you should not hesitate to reach out to someone when you are interested.

All notes and images were compiled from CVRMLS and Virginia Realtors’ Virginia Home Sales Report, April 2019.